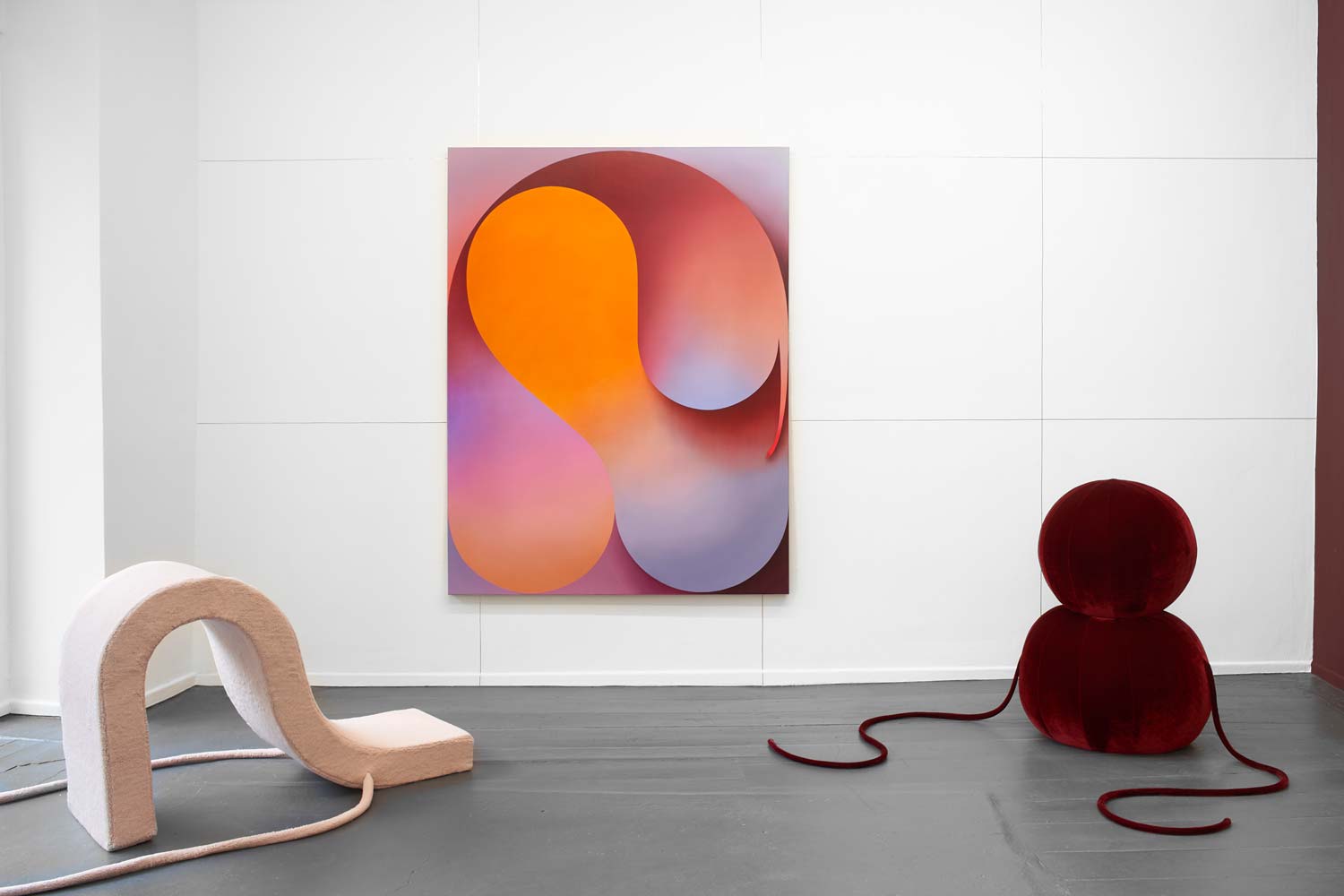 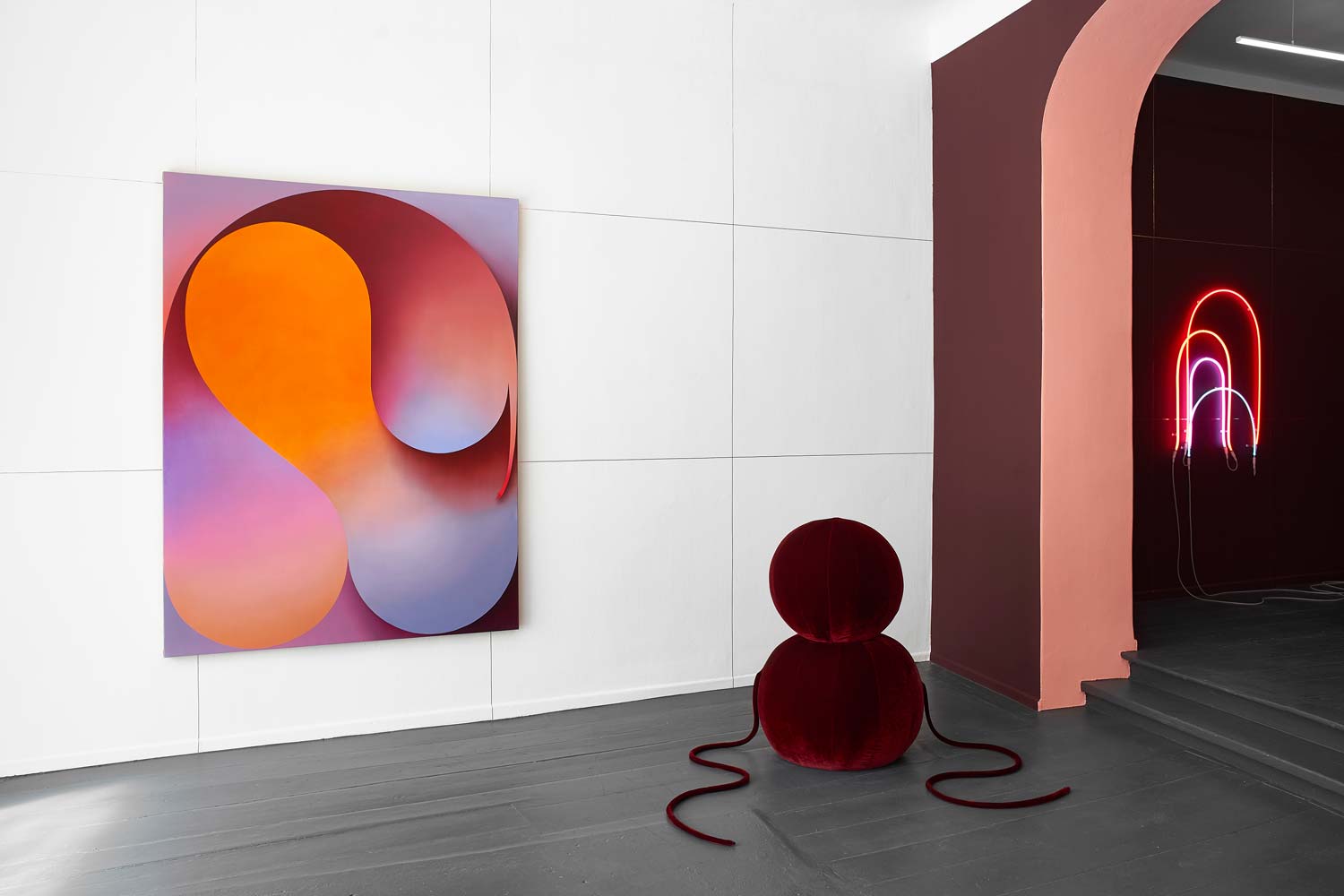 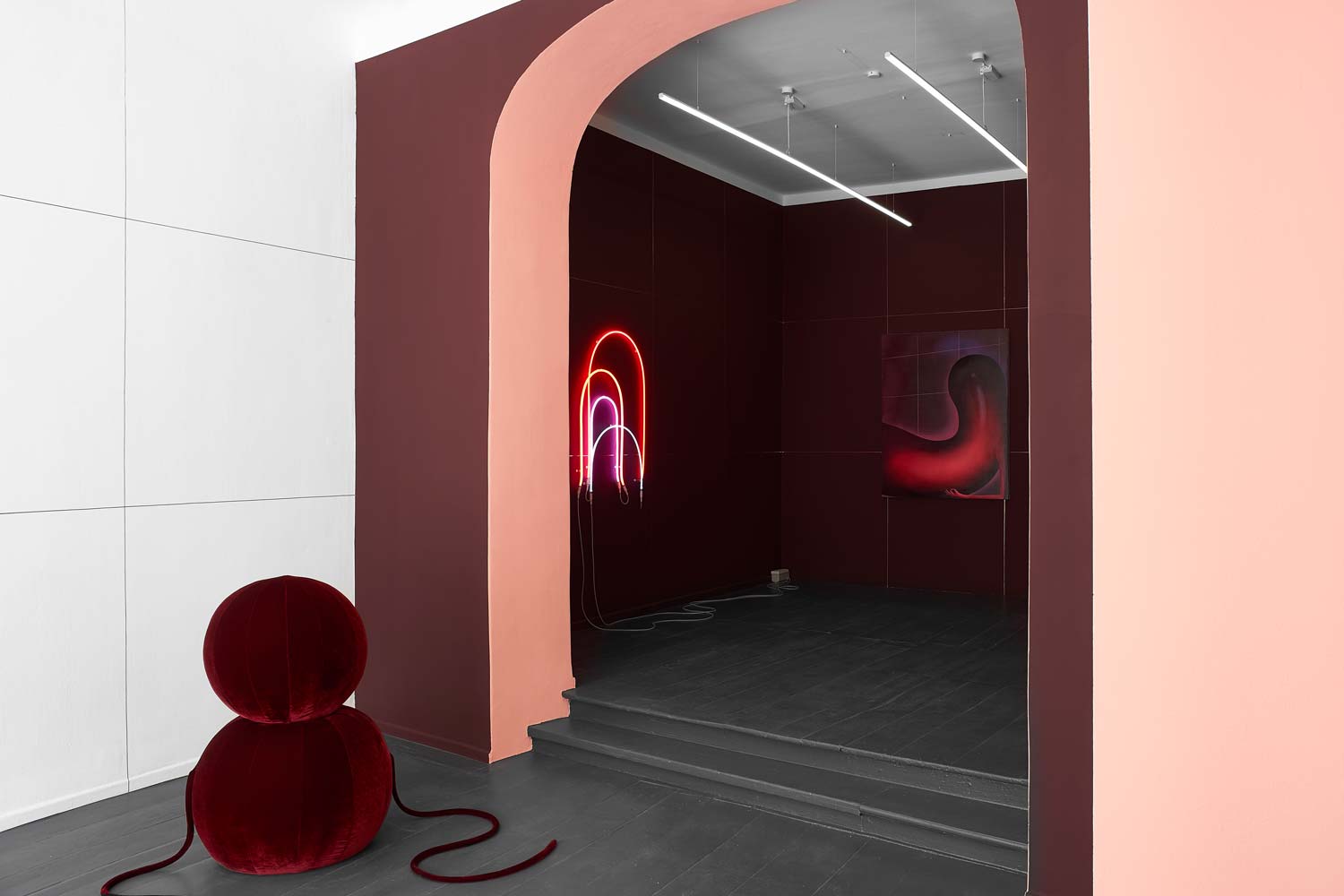 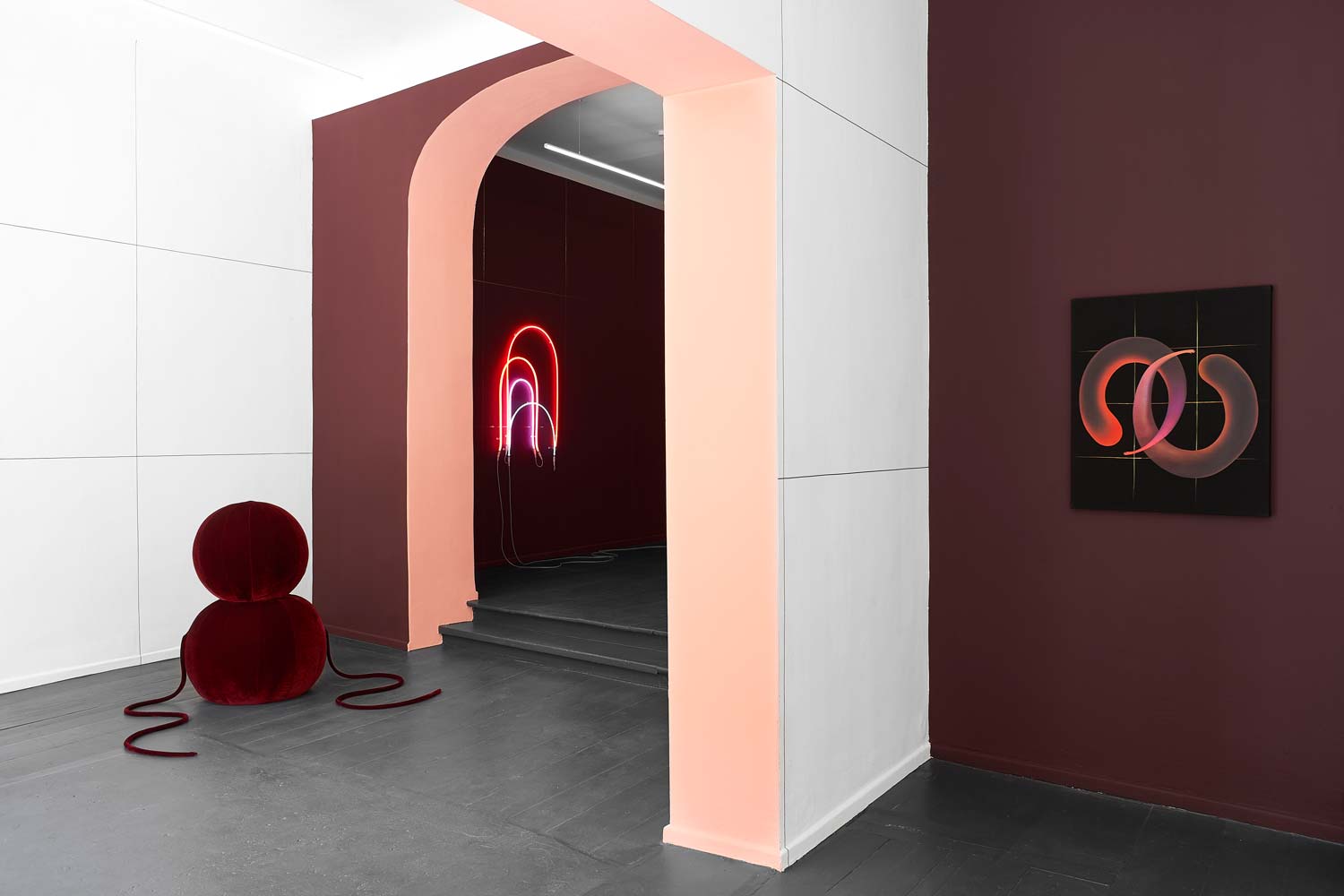 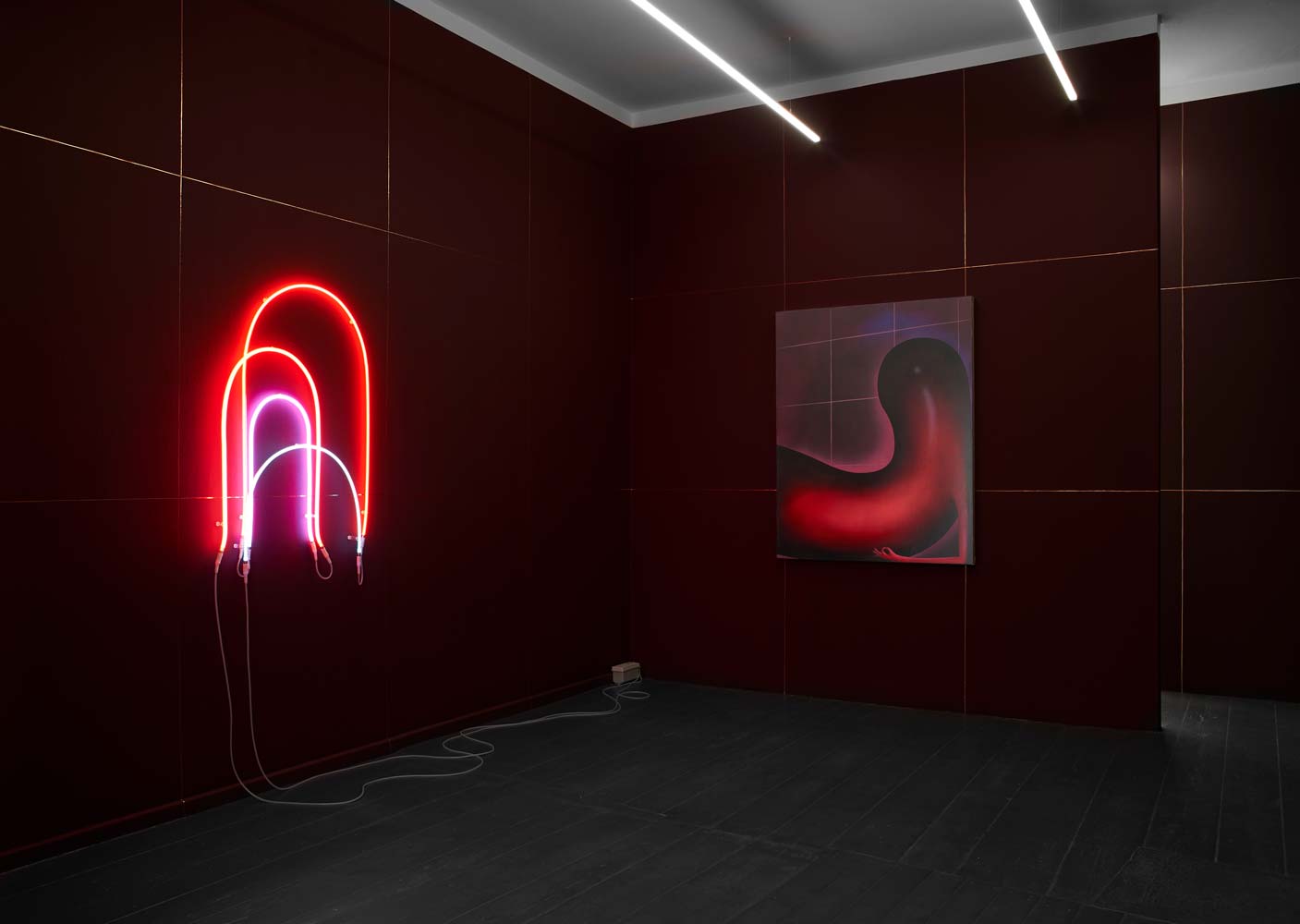 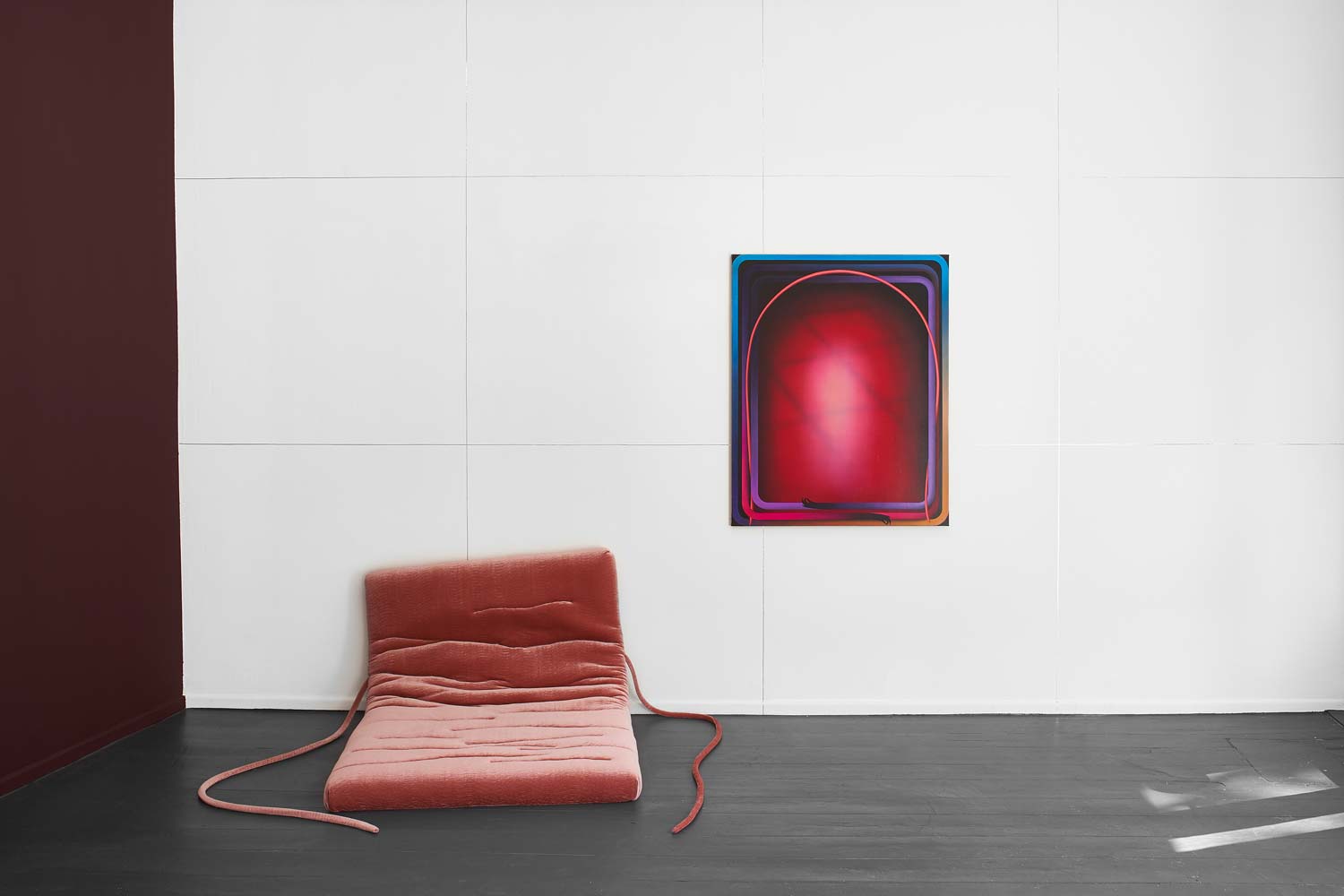 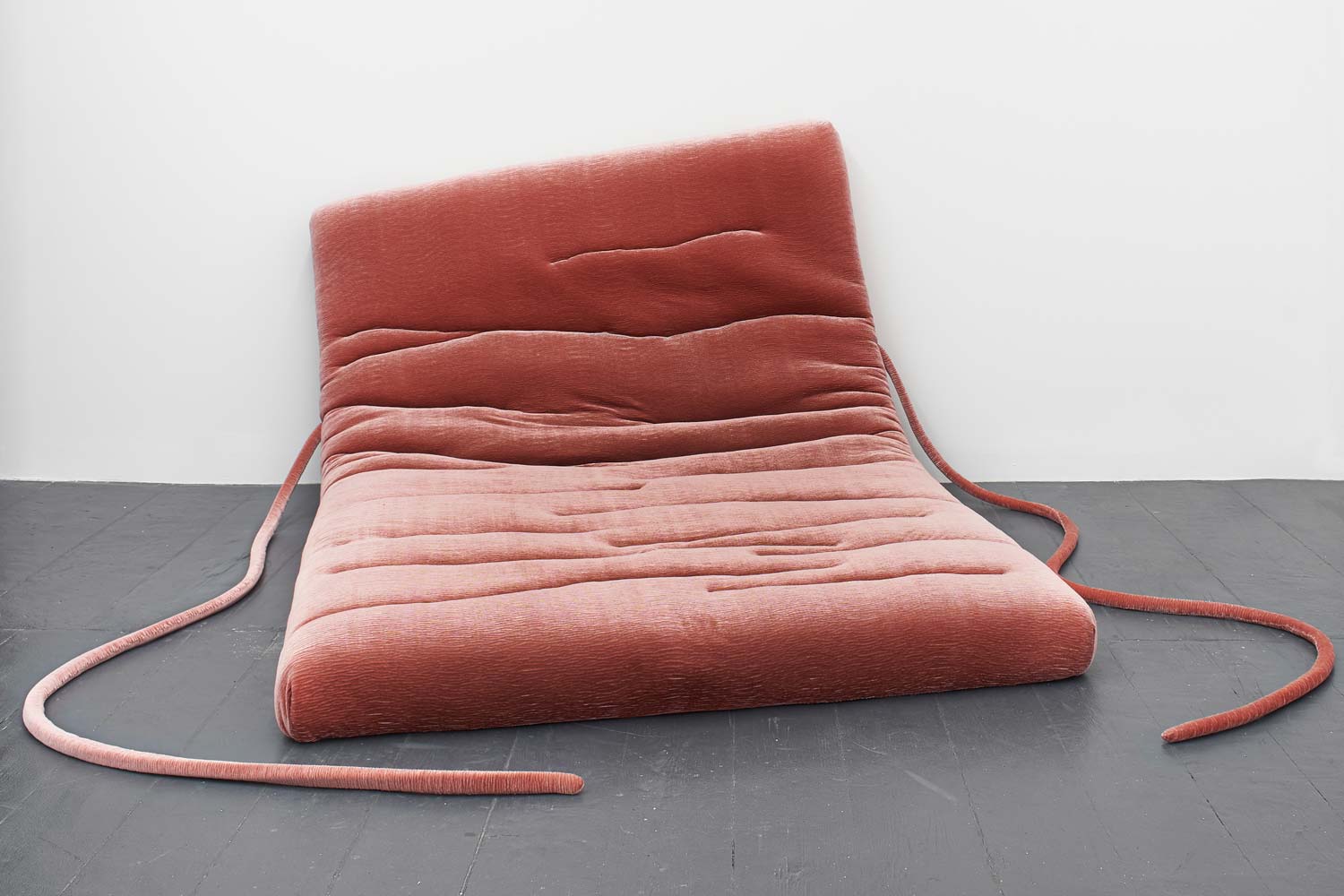 ‚Grit Richter explores the representation of a collective human memory: an innately understood set of gestures and feelings that cannot be quantified or measured. Her multi-disciplinary practice of painting, sculpture, murals and textile work unites in a system of intuitive abstract forms and figurations.

Foremost a painter, she uses oils on stretched linen and fabric to create her anthropomorphic abstract forms. Experimentation is an important part of her practice and led Richter to create her unique technique of dying and bleaching black denim fabric onto which she paints and sculpts with. The result is the deeply textured elements that bend, fold and contrast in both foregrounds and backgrounds.

Mixed Feelings refers to the multitudinous combinations of contradictory emotions that can be felt at any one time. In both their singularity and plurality, those mixed emotions, such as longing, hatred, love, fear, loneliness, frustration, shame and joy, constitute the substructures of identity and the complex diversity of human nature.

It is these undefinable emotions that Richter formalises in her distinctive visual language in an exhibition that activates the whole gallery with five new paintings, sculpture, neon and mural works. Richter’s abstraction moves closer to figuration as her forms acquire ever more representational elements such as limbs and hands: as two shapes intertwine in the painting Die innere Sicherheit, a lone arm and hand opens the mood of their embrace to many readings.

A further evolution is her development of the dark gridded dimensions that form the habitats in which her painted figures are set. Reminiscent of early computer graphics, they arouse a more recent collective memory as they gently recall the beginning of a world created from binary code that is now so much a part of our daily lives.

Richter addresses in particular the theme of motherhood in a number of works created after the pandemic lockdown. Its intense and sometimes conflicting emotions, challenges and the strong connection between mother and child find form in fabric covered sculptures. All with disproportionally long and thin limbs, the figures contrast in almost every other respect. The flat oblong pink body of Fatigue Moms (01) reclines on the floor and is both exhausted but also contorted into a posture that suggests the provision of a seat, as a mother often does for her child. Fatigue Moms (02)’s bulbous red velvet silhouette evokes a prehistoric fertility figurine whose fabric covering slightly sags to create folds like those of a mother’s apron or stomach after recent childbirth. Resembling a small mattress slumped against the wall, Fatigue Moms (03), has no energy left for composure or comportment and simply sags in momentary defeat.‘